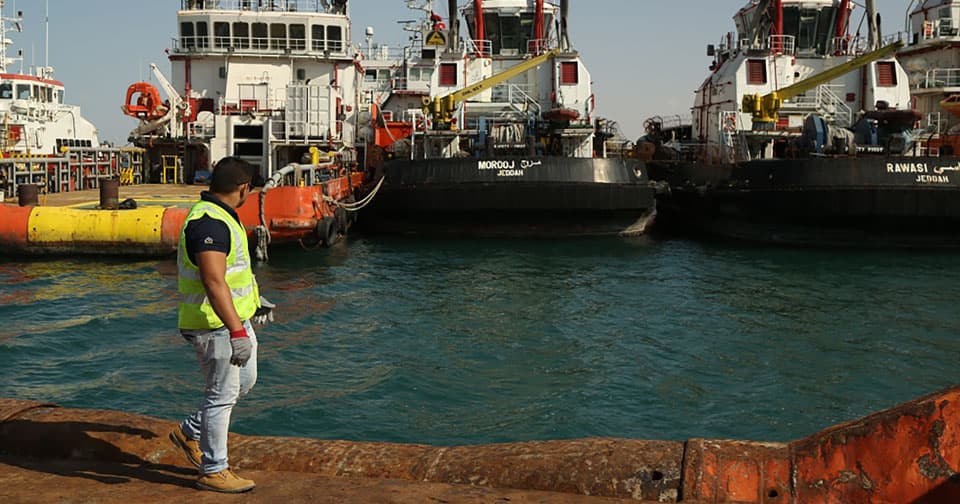 Ship chartering is a common practice throughout the world. However, most people outside the industry don’t understand how it works. On this page, we’ll be attempting to put that right, providing a simple, jargon-free guide to the ship chartering process.

What is Ship Chartering?

Ship chartering is the process of renting a ship to move cargo from one location to another. This is in much the same way as a company might hire a lorry to transport goods by road. An agreement, known as a charter party, is made between the parties involved in ship chartering, namely the charterer and the shipowner. The charter party contains all relevant information regarding the charter, including details of the crew, the route, and the lay time.

During the ship chartering process, there is often a middleman, known as the shipbroker. They are generally engaged by those looking to charter a ship and will assist with finding the correct vessel to meet the charterer’s requirements. However, they can also work with ship owners, finding suitable charterers for their vessels.

As already mentioned, there are usually three parties involved in the vessel chartering process: the charterer, ship owner and shipbroker. But how exactly do these parties fit within the process of ship chartering? We’ve explained the role of each party below.

The charterer is the person or organisation engaged in hiring the vessel, with the end goal of using the vessel to transport people or cargo. They could be the company that owns the cargo, or they could be transporting the cargo on behalf of several individual parties. It’s also sometimes the case that a charterer will re-lease the vessel to another party, making a profit in the process.

With regards to cost, the main expense incurred by the charterer will be the payment made by them to the ship owner to lease the vessel. They will also pay any costs incurred over the time of the voyage, such as canal dues and piloting costs, unless they have leased the vessel on a voyage charter. Charterers also pay cargo handling costs, unless, once again, it’s a voyage charter.

As the name implies, the ship owner is the actual owner of the vessel. They make money by hiring the vessel out to charterers. Some ship owners have just a single vessel to lease, while others are huge organisations with several vessels of different shapes and sizes.

The ship owner is responsible for the day-to-day upkeep of the vessel, ensuring that it meets all requirements pertaining to safety, seaworthiness, and more. They must also organise and pay for such things as inspections and ship registration costs.

The ship owner pays for the initial cost of purchasing the ship, or having it constructed. As you might imagine, the initial outlay is usually significant, making it vital to find charterers regularly. They also pay for crew, plus, with voyage charters, they pay for all other aspects of the voyage.

The third main piece of the puzzle is the shipbroker. As with brokers in other industries, the shipbroker’s role is to find the best possible deal for their client, who is usually the charterer. However, the shipbroker can occasionally work for the ship owner, locating potential charterers and therefore ensuring the vessel is making money.

The shipbroker is paid by the charterer, or they receive a commission from the ship owner. Sometimes, it is a combination of the two. The shipbroker has no significant costs when it comes to the ship chartering process. The voyage charter is the most common type of charter. The name comes from the fact that the vessel is generally rented for a specific voyage between two ports. For example, it could be agreed that the voyage will only be between Dubai and Melbourne – once the voyage is complete, the ship owner takes back control of the vessel. With a voyage charter, the charterer also usually hires the crew from the ship owner, although this doesn’t have to be the case.

The charter party will also contain details relating to the time allotted for loading and unloading the vessel, which is known as laytime. If the allotted time is exceeded, penalties are applied by the ship owner. On the other hand, if the time taken is less than stipulated, the charterer often receives a partial refund.

In terms of payment, a voyage charter is generally charged on a per-ton basis. However, when the cargo has a high weight, the charterer often instead pays a lump sum fee.

Finally, a voyage charter can be a one-off contract, but it can also be part of several consecutive voyages. For example, the vessel could make the voyage from Dubai to Sydney and back again a set number of times.

While a voyage charter sees the vessel leased for a specific voyage, a time charter allows the charterer to use the vessel for an agreed period of time. During this time, the charterer has complete control over where the vessel goes, deciding on routes, destinations, and more.

With a time charter, the charterer isn’t just responsible for the vessel – they are also responsible for most costs incurred by the vessel during the agreed time. These can include cargo handling costs, fuel costs, port charges, and more.

The time charter comes to an end not when the ship has reached a specific location, but when the specified time runs out. Should the vessel be held up due to unforeseen circumstances, the extra time spent is not generally considered to be part of the allotted duration.

Some vessels like tug boats, anchor handling tugs, crew boats and supply vessels are usually chartered to support a specific civil construction or offshore project and not for cargo movements. The common charter contract for this purpose is Time Charter or Bareboat Charter.

Finally, there’s the bareboat charter, which is sometimes referred to as a demise charter. This type of charter is generally used by charterers looking to lease a vessel for a long period of time, often for many years. During this time, the charterer assumes full responsibility for the charter ship, both legally and financially.

The charterer will pay for everything associated with the vessel during the charter time, including costs associated with crewing, fuel, and insurance. This means that the ship owner only pays the initial cost of buying or constructing the vessel, which is appealing for ship owners looking for as little involvement with the day-to-day running of vessels as possible.

The bareboat charter can be a simple lease, but it can also be something akin to a hire-purchase agreement, which sees the charterer eventually gaining ownership of the vessel.

How much can you make chartering your yacht?

The amount of money you can make chartering your yacht depends on several factors, including location, size of vessel, and whether a crew is provided. However, smaller yachts and catamarans, complete with crew, will generally cost $10,000+ per week to charter. Chartering a large yacht, often referred to as a superyacht, can cost upwards of $150,000 per week.

How much would an international boat charter cost?

This depends entirely on the type of vessel you need to charter. Hiring a yacht for an international journey can cost as little as $10,000 per week, but hiring a tanker can cost around $36,000 per day pro rata.

What are the advantages of a bareboat charter?

The biggest advantage of a bareboat charter is that the charterer has far more freedom to control the vessel as they wish, deciding on the exact itinerary. Those with a charter of this type can also choose their own crew. Agreeing to hire for a long period also reduces overall charter cost, plus it’s sometimes possible to eventually take ownership of the ship via something akin to a hire-purchase agreement.

A person or organisation taking out a charter agreement assumes many responsibilities, including the requirement for insurance. This insurance should cover them for liabilities in relation to cargo damage and ship damage, as well as environmental damage and even marine salvage. Those chartering a vessel should always carefully check the contract to see what obligations they have regarding insurance.

How long does it take for a cruise ship the size of Allure of the Seas to cover the costs of its construction?

Cruise ships pay back the cost of construction in an impressively quick time, generally making the money back within around five years. However, several variables will affect this estimate, with the most significant being occupancy rate. In contrast, it will take a container ship around 20 years to recoup its cost of construction.

In conclusion, the meaning of chartering is when one party leases a vessel from its owner. There are three types of ship chartering: voyage charter, time charter, and bareboat charter. All have two main participants: the charterer, who leases the vessel, and the ship owner. Many transactions also involve a middleman, known as a shipbroker.

Did you enjoy this post on vessel chartering? Did it tell you everything you need to know about the ship chartering process? If so, don’t forget to share on social media and leave your comments below.

Want to join the discussion?
Feel free to contribute!

Vincent Weve Speaks At The OSJ Conference In Dubai